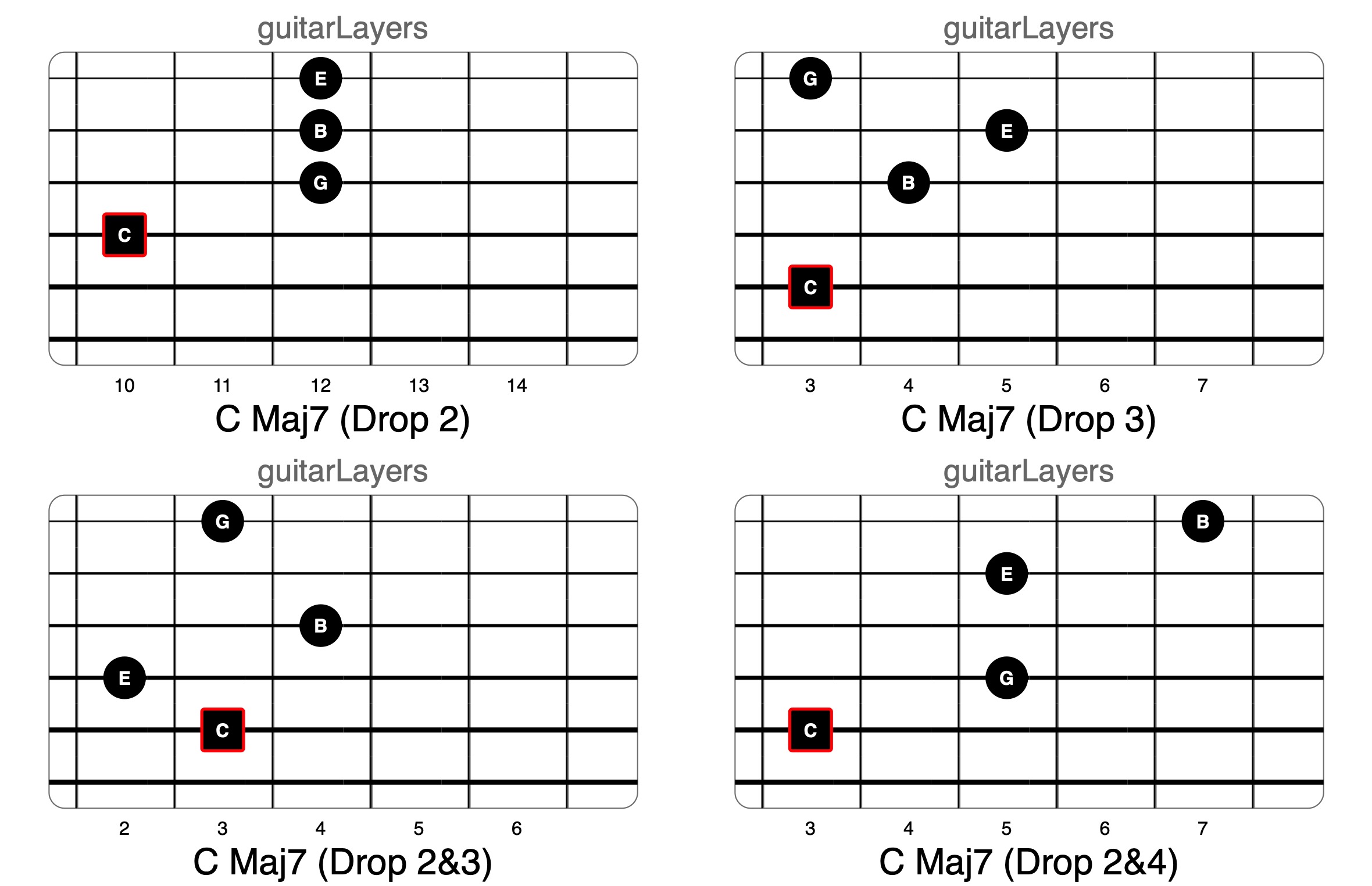 Seventh chords are a big part of a guitarist background. Unlike the piano where it is quite simple to obtain seventh chords by stacking thirds, on guitar we have to modify the chord notes order. By doing this we can  be comfortable with the majority of chord shapes and fingerings.

In general, infact, it is no easy for our hands to play a seventh chord in close position like C Eb G Bb on a given string set because it results in chord shapes that involve much more than three or four frets.

This is why we use different seventh chords voicings, each one characterized by a given note order. We can change the notes order of a chord by dropping an octave down a specific note of the chord obtaining the so called Drop Voicings.

Let’s look at this process with an example, if we consider a Cmaj7 seventh chord and its inversions:

by dropping down an octave the second note from the top of each of these voicing we obtain:

and reordering the inversions we obtain Drop2 Voicings:

By following the same process and lowering other voices we obtain the following recapitulation table that contains all the possible 24 voicings for a Cmaj7, 6 drop x 4 inversions.

Among all, Drop 2 and Drop 3 voicings are by far the most musical, easy-to-play and common used voicings by guitarists of all genres, while Drop D2&3 (double2 and 3) are quite useless in the vaste majority of cases.

Placing the voicings on the guitar fretboard

After this theoretic introduction we have to ask ourselves the following question: how to place these voicings on the guitar fretboard?

The best and most organic way to place a given 4-notes voicings and its inversions on the guitar fretboard is to choose a 4-strings String Set.

Although all four-strings possible string sets can be virtually chosen, in order to have easy-to-play positions with voices contained in a few frets, we have to chose a proper Sting Set for each type of drop voicing.

Just to do an example Drop 2 voicings are very compact and easy to play if we places all notes on adjacent string sets, as shown in the picture.

The following table contains the more convenient and common used sting sets for each drop type:

The picture shows some Drop voicings of a Cmaj7 in root position: 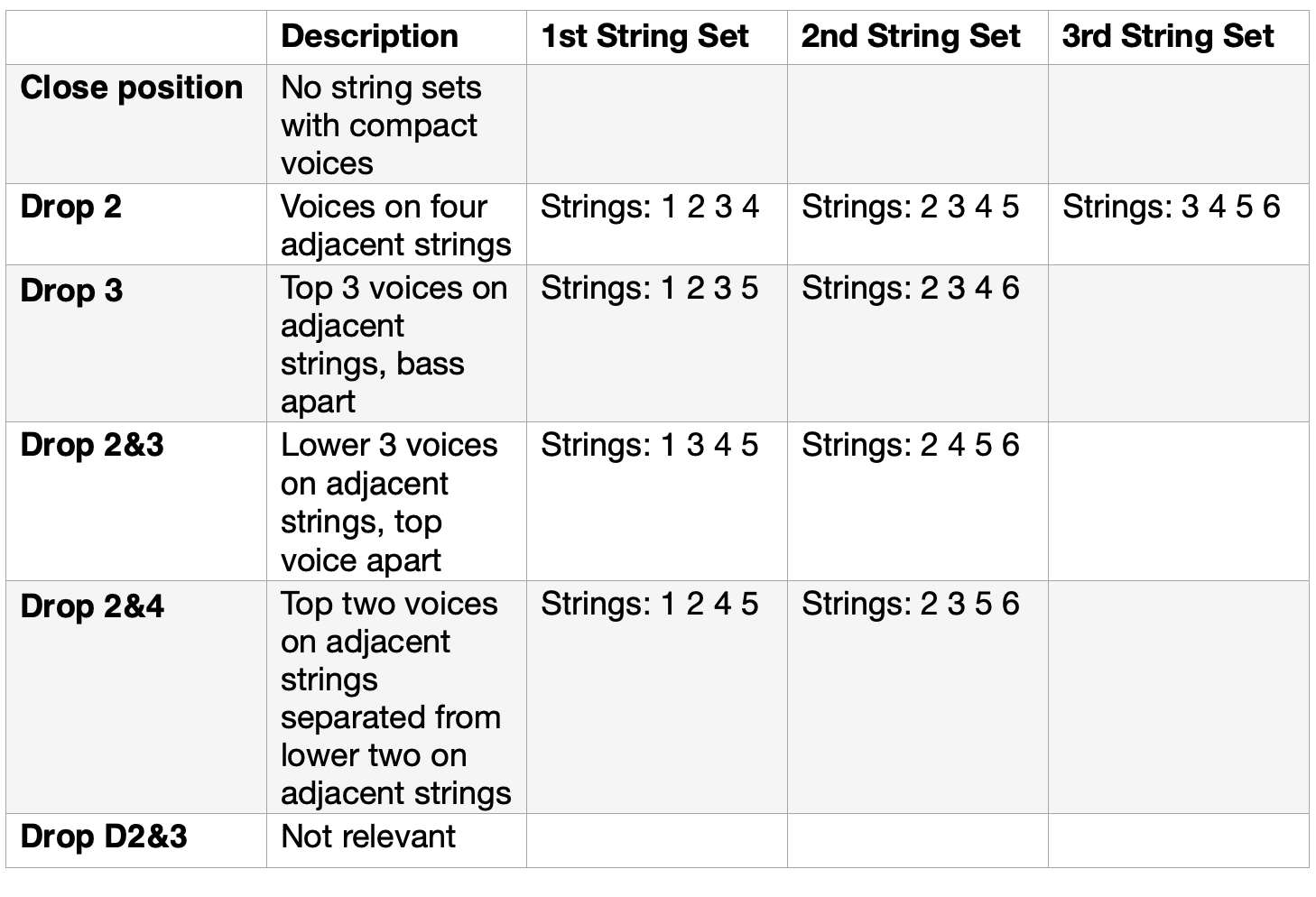 Here are some Drop Voicings for a Cmaj7 placed on the above mentioned string sets:

All drop voicings, inversions on string sets in this article are automatically obtained with guitarLayers. In addition, GuitarLayers allows to obtain drop voicings and related inversions for both common and custom chord structures, this video shows how.

GuitarLayers is a professional macOS guitar learning and teaching software. It allows you to visualize and manage, scales, chords and arpeggios shapes through a fully parametric control interface.
Moreover it enables you to visualize harmonic concepts by overlapping shapes on the guitar fretboard thanks to a powerful layering system.

For more information, please visit our website at www.guitarlayers.com