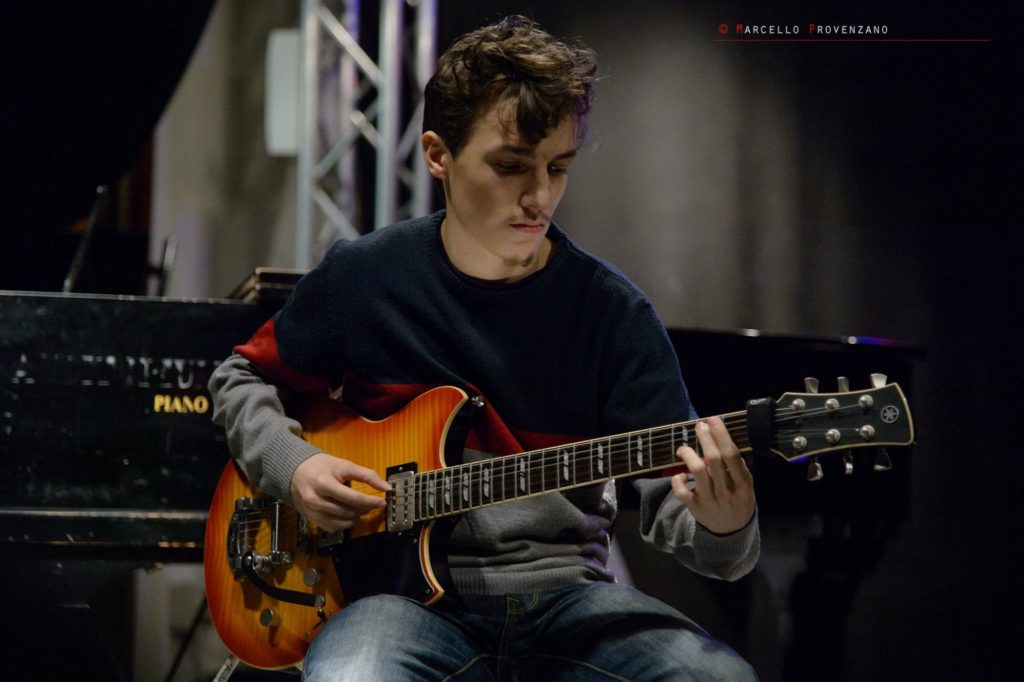 Matteo Mancuso was born in 1996, he is currently attending the Jazz guitar course at the Conservatory of Palermo.
Enfant prodige of the guitar, he played from an early age, with the greatest Sicilian musicians. Already in 2009, at the age of twelve, he performed at the Castelbuono Jazz Festival in Sicily. A multifaceted guitarist, he ranges from classical to electric guitar, on which he has developed a personal approach without the pick, that allows him a very original musical language. His YouTube channel, which has already exceeded one and a half million views, is followed by a wide international audience and has received praise and acclaim from, among others, Dweezil Zappa, Stef Burns, Joe Bonamassa, Steve Vai, Al Di Meola, etc..
In 2017, at Umbria Jazz, he won a scholarship for the prestigious Berklee College of Music in Boston.
He performed at the 2019 NAMM Show in Los Angeles, collaborating with Yamaha guitars and Line6. He attended the popular Bangkok guitar festival in Thailand, in February 2019, and the Hard Rock Pattaya guitar Battle in May. He also participated at the Russian NAMM Musikmesse 2019 in September, where he also held a series of guitar clinics starting from Moscow, St. Petersburg and Perm.
Among his projects, He founded a trio with Riccardo Oliva and Salvatore Lima called “SNIPS”. They participated at the Musika-Expo in Rome, Umbria Jazz 2018 and many other festivals in Italy. Their cover of The Chicken, has over a million views on YouTube. Many journalists have written about Matteo and his trio in national and international specialist newspapers, such as Accordo.it, Vintage Guitar, Fusion guitar Magazine in Tokyo and many others. He Recently formed a new trio with Giuseppe Bruno on drums and Stefano India on bass. Their cover “Havona” (Weather Report) has already exceeded 100 thousand views on YouTube. His first solo work with this new trio is expected by the end of the year.